I can't helping feeling, especially with the lastest series of Big Brother, that one can't watch reality television without being prepared to take part in it one's self at some point. To see that the two oldest [by far] housemates this series, who are roughly my own age, are seen as either ridiculous if they try to be entertaining, or controlling if they try to intervene in any "Lord of the Flies" scenario.

Lea is hardly guilty of having plumbed the depths of depravity in the adult entertainment business, nor the heights of financial exploitation. While Richard, with his past experience of that American institution, Summer Camp, is just a head waiter/server exasperated at unruly diners with only a slightly supercilious air. Wish he would skip the baby blue eye shadow though.

Last night, and for the first time in the history of the series, a contestant was admitted, under the initially random golden ticket scheme. [Think Willy Wonka.] A great failure as most of the entrants had bought their tickets for last sums on the resale market, and all I could see were row upon row of identical middle aged / middle-class wannabees, all the same age as those being inside the house. I cringed as the middle-aged promotions woman was grilled by the pubescent promotions girls already resident.

As it doesn't look like I ever auditioned in time, I thought back to the Grandaddy of all reality television series "Seven Up."

The series started in the early 60's, without the consent of any of the then seven year old participants. The idea, based on the Jesuit maxim "Give me the child of seven, and I will give you the man" meaning that after that impressionable age, it would be impossible to influence a persons character in any meaningful or permanent way. The series is revisited every 7 years, catching up on the lives and development of this disperate bunch of baby boomers. The idea was to relate this to the backgrounds from which they all came, it's been too English to probe too far, and the most successful and upperclass having all predictably dropped out.

Big Brother is the closest thing to a soap opera I have ever watched, with the same arc of each character's story, their fellow housemates/contestants all busily scriptwriting, and shoehorning each other into the roles and plots already decided. realising that I am now too old to take part, unless my husband stumps up the money, I wondered what the arc of the real persons actual life would be, after a bruch of such fictionalising. Will we be seeing more updates in the future than just Brian Dowling on the mint? How about a secret garden, where everyone evicted is moved to, a parallel house.

Will Sam, for example, survive the constant character assasination on an already fairly fluid ego in her/hislife in the real world. [Coincidentally the name of a less claustraphobic predecessor on MTV]

What am I trying to say? A character appears on television, with a back story, something dramatic happens, endless speculation in the papers between the portrayal and the real person/actor, and then the painful writing out of the storyline.

I read somewhere that Sam was booted out of the family home at 14, for his/her taste in nail polish, certainly not the £300,000 flat in Notting Hill, lavished on Grace. Okay, Sam made the mistake of thing that calling everyone in earshot "AMAZING!" would banish the dark side, rather than owning her own potential for negativity. She unwittingly backed into being called hypocritical anyway over the "arselicking" incident. But didn't anyone question the origin of Sam's neediness?

What price will she, or anyone on the gogglebox pay, for the misreprentation of themselves for the expedience of plotting.

Who cares, now where is that picture of Pete's dick I wanted to post?
Posted by kleverkloggs at 5:25 PM 4 comments: 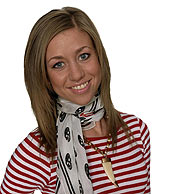 "Why are they booing me? I don't snog women with fake tits over glass tables!"

"I was just being myself, maybe I shouldn't have been, maybe I should have been backstabbing like everyone else." This from a little girl who could upstage Linda Blair for expelling bile.

Catch her on Monday [Sensless 12 June 11 pm] sniffing the arse of her of her big black ex-boyfriend. Now what was that about Aisleeyne being a 'wigga?'