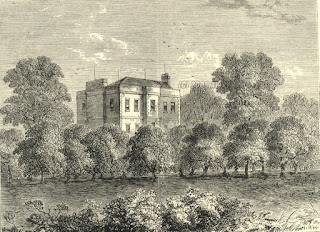 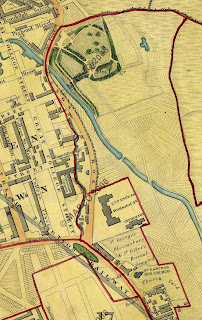 Counsellor Agar" was William Agar of Lincolns Inn, who purchased the lease of the mansion house belonging to the Prebend of St. Pancras in the Fields near London called Kentish Town, from the executors of Henry Newcombe, in 1810, together with the coachhouse, stable, yard and large garden, pleasure grounds, plantation, the Lawn, East Field and Near Field.

It was leased on 8th January, 1549, by John Weston, clerk, Residentiary of the Cathedral Church of St. Paul and Penitentiary thereof and Prebendary of St. Pancras, To Richard Wylkes, citizen and merchant taylor of London for 40 years, and after his death this lease passed to Henry Spence, citizen and innholder of London, who obtained an extension of the lease for a further period of 31 years from the Prebendary (Rev. James Calfhill) on 24th July, 1564.

Henry Kinge, D.D., Prebendary, leased it on 12th October, 1641, to John Kinge of the Inner Temple, gentleman, for 21 years, the area of the manor then amounting to 75 acres.

In 1734 it was in the possession of Lady Millington (Ann Millington of St. George the Martyr) whose brother, William Bourchier of Salisbury, Doctor of Physic, assigned the lease to Henry Newcome of Hackney, LL.D., on 5th April, 1755.

His executors obtained a fresh lease for 21 years on 3rd April, 1805, and, on 2nd March, 1816, it was leased by the Prebendary (the Rev. William Beloe) to William Agar, the son of William Agar of Dunnington Hall, York.

When occupied by the Agar family this house was known as Elm Lodge.

Practically the whole of the Prebendal Manor of St. Pancras has since been occupied by the Midland and Great Northern Railway Companies, now the London, Midland and Scottish Railway and the London and North Eastern Railway.
Posted by kleverkloggs at 5:05 AM 1 comment: