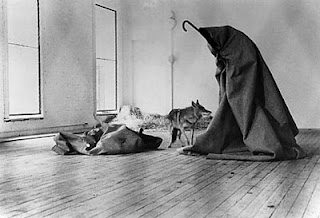 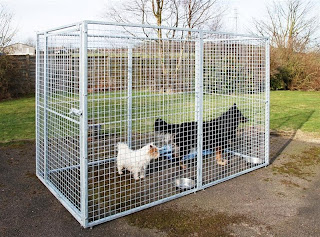 Face to Face - An Audience with David Hoyle from Homotopia on Vimeo.

An interview with a total inspiration.

David very kindly agreed to an interview with me around last Easter, as part of my H.N.C. course, running 2010-11. It was the first time I have ever interviewed anyone, and we managed round my phone not recording the begining and most intense part of the interview.

I had all sorts of fears that areas would not be covered and other strayed into unecessarily, it's easy to feel protective towards David, and it didn't go as well on my part as I would have wished.

The subsequent essay was a mess, too long rambling etc, and I scraped through the rest of the course and hid over the summer from the consequences of failing, and not making it onto the BA at Chelsea.

It all seemed to work out in the end, and I spent this afternoon listening to, as well as talking about my own, proposals for the small Performance Art exhibition next week.

When I first saw David's work live, it was all I could do to leave the house, and inspired by his example, I've come a long way.

It hurts to hear David so suprised to be called talented. I do feel that when an individual is so undermined existentially they can be compelled to re balance their predicament in a way that uses visibility as a medium, but proof that one really is in a bind is that the conventions of fame and show business ask too much of one so marginalised in every other way.

I am yet again trying to refocus, change and re orientate myself for the third year running, just as my whole means of material existence is threatened and questioned. Like a dog on a chain, there's only so far I can go before I am yanked back and my progress is stalled.

Looking forward to the first night of "David's Winter Warmer" tomorrow night ! How do we all keep going ?

Now have to get the graph paper out in readiness for a tutorial tomorrow. The piece I am planning is to be called "In My Space". This song has been 'in my head' the last few days . . . . 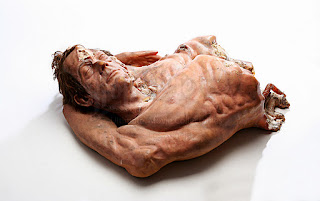 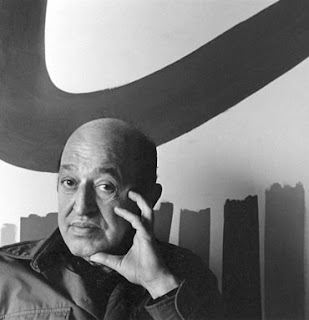 Posted by kleverkloggs at 10:00 PM No comments: 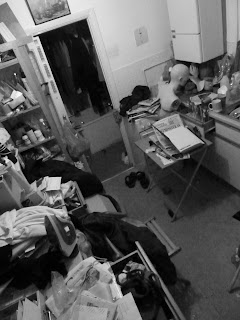 Soon everything you know will be replaced with ESA

Instead a tune discovered while googling Crazy frog..


Duck Amuck in lecture on "tHE mEDIUMS"

A shadow of its original self 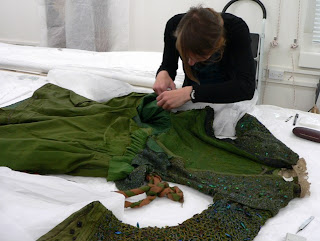 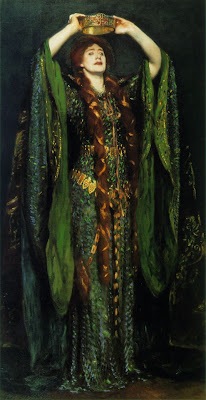 The Tate portrait, which Ellen Terry described in her Memoirs as the sensation of the year (1889), was bought by Irving for the Beefsteak Room of the Lyceum Theatre, where it hung in an alcove.

"At over 120 years old, the dress had seen many years of wear and tear and was subject to much alteration. It was structurally very weak and a shadow of its original self. " 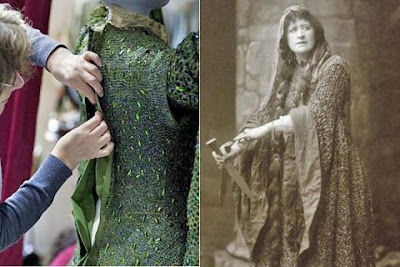 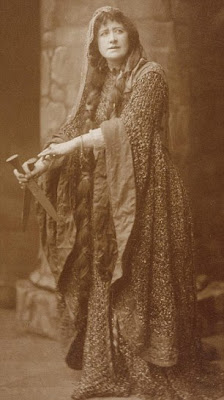 "When Ellen starred alongside Henry Irving in Macbeth in 1888, there was not a wide choice of fabrics available in England, and Alice could not find the colours she wanted to achieve her effects. She wanted one dress to ‘look as much like soft chain armour as I could, and yet have something that would give the appearance of the scales of a serpent. ’(Mrs. J. Comyns Carr’s 'Reminiscences'. London: Hutchinson, 1926). Mrs Nettleship found a twist of soft green silk and blue tinsel in Bohemia and this was crocheted to achieve the chain mail effect.

The dress hung beautifully but: ‘we did not think that it was brilliant enough, so it was sewn all over with real green beetle wings, and a narrow border in Celtic designs, worked out in rubies and diamonds, hemmed all the edges. To this was added a cloak of shot velvet in heather tones, upon which great griffins were embroidered in flame-coloured tinsel. The wimple, or veil, was held in place by a circlet of rubines, and two long plaits twisted with gold hung to her knees.’"

And today . . . Spartacus Chetwynd via Saatchi - Her mother is Luciana Arrighi, an Oscar-winning production designer. 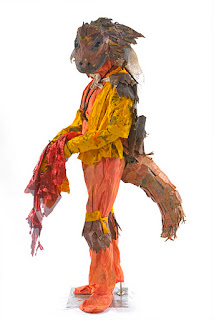 "My performances are really gestural and are not meant to exist afterward. I wanted to burn the costumes after, but really had to change my attitude. My heroes are the Marx Brothers, but I only know them off video. They bothered to make their fun, gestural, off-hand experience package-able, not in a dark way but in a way that people can enjoy afterward forever. It's important to make an effort to make things that last so they can continue to communicate to people."

"The repairs proved as much costume archaeology as needlework. The dress arrived at the Brighton studio of specialist textile conservator Zenzie Tinker with a box of tattered pieces. She soon realised that she was dealing with the remains of two near identical costumes, presumably patched together when both were too badly damaged to wear. She has carefully removed the later additions, restoring the original Victorian appearance of the gown. Hundreds of broken beetle wings were repaired by gluing green-dyed Japanese tissue paper on to the reverse, and stitching them back into place." 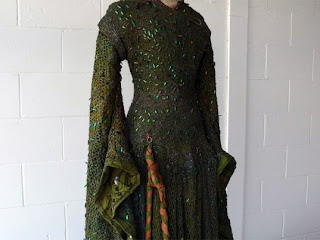 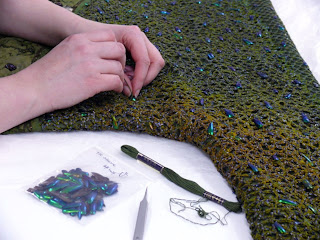 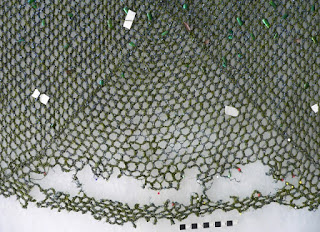 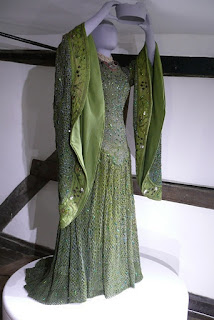 We will all admire the fabulous design and craftsmanship, but seeing the dress close up will also somehow make us feel closer to the person who wore it.