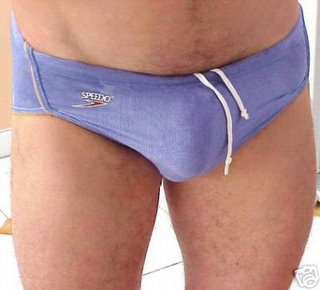 What is this bloke ACTUALLY selling, I wonder?

Did his wife take the picture? 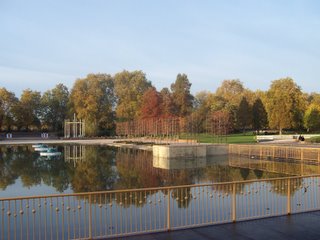 4.00pm offer to clear garden of single mother before pretentious neighbours have her evicted for jungle - tick

Call ahead to friend from payphone- mission aborted

Response from friend - no reply

Call police, 3 times before getting through - tick

Stand under streetlight, while glared by police in local red-light district - tick

Posted by kleverkloggs at 2:50 AM 4 comments:

Lower yourself to me
Get that string in your mouth
Pull it to release, go lower to the south
Let me genuflect like I did on the heath
Get through the forest
By the skin of your teeth

Do you taste well?
Is your tongue rewarded?
I ate good yesterday
When I could afford it

Paradise resumes without a quibble
Sunlight fills his hole
With floss for his teeth
And with those juices
Should I run for a bowl
or let him dribble?

I am in glory
But the floor hurts my knucles
He wipes his mouth
After all the suckles
From his stiff upper lip
My curly is gone
Consumed, past noon
Like a buttered scone

He'll provide the banana, me the split
Paradise re-entered, and grooved to fit
And just when I thought it was going to be too late
I'm on my knees, so open is my gate

A friend, the mad poet, was found at the bottom of a tower block this spring. the last time I spoke to him I put the phone down on him when he told me he had burnt all the work he still had. At his funeral the comment was made "I'm sure we all have something of *****'s [poems] at the back of a drawer somewhere.] As it's unlikely any of his work will ever be recovered, let alone published I have posted this poem here. 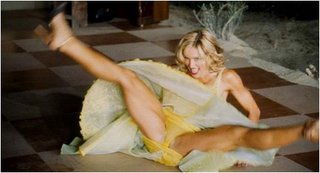 I've been sorting out my cd collection tonight, sad I know but it was threatening to landslide. I finally faced the remains of Mad Poet's cd collection left to me. Mad poet was well known for his impromtu renditions of Madonna, and as her latest album somes out this week, I will be thinking of him.

I'm no expert on feminine dignity, and I missed the Parkinson show on Saturday, but caught the trailer. As athletic [skinny] as Madge is now, get those bingo wings. Are the skinny not excused either? In the video there seemed to be more than the usual thrashing about too. Check it out yourself. I'll llearn to hyperlink one of these days.

www.madonna.com [Look in Headlines/more news. There's also a link to listen to the new album at MTV's site.
Posted by kleverkloggs at 12:01 AM 4 comments: 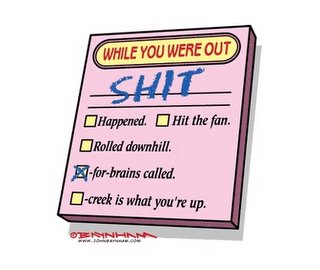 Not much to report. Been away a few days, highlights include being the only one to realise after 24 hours, that missing cat was under floorboards, during building work. Came home to message from R.S.P.C.A to report that everything was fine at Faded Beauty's.! Well, no Christmas cards from them then. Beppe comes from Naples apparently, Madam Ex waiting to be bumped off.
Posted by kleverkloggs at 1:47 AM No comments: 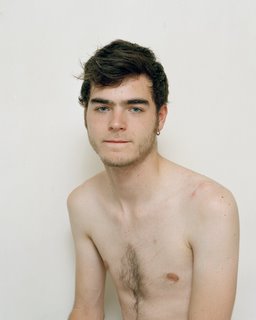 Check out the amazing work of photographer Paul Mpagi Sepuya