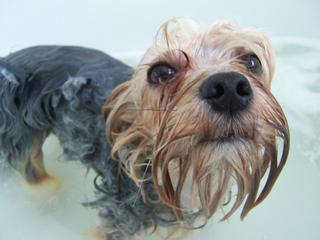 These dogs have a terrible reputation. Having looked after many normal-sized dogs, I bit the the bullet and got two of my own. I chose this breed as they are moult-free, and I can get on public transport without taking up half the carriage/seats. [Though I have see someone clutching an Alsation on their lap on the top deck of a bus in Piccadilly Circus.]

I do think they are dead common, especially with the red ribbon, which is there to pull all the hair between their eyes out of the way. I just trim it. They are small, but they are dogs, and as such need as much exercise as any other size dog. Plus they are not toys, and should not be carried around as if they are handbags.

Despite their size, they need to know that their owner is the top dog, and need to be put in their place. Dogs are pack animals and a yapping dog is one that is trying to defend the pack.

If these points aren't taken into account, you have a yapping rat on a string.

Still it's quite handy as I have had loads of gangs cross the road to avoid the embarassment of being mauled by something the size of a shoebox!
Posted by kleverkloggs at 2:13 PM 2 comments: 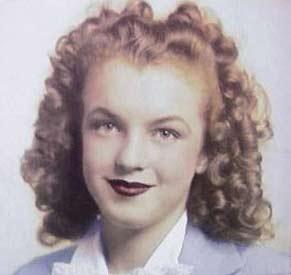 Competition time. Can you guess the identity of this person. And no it's not an old family photo! 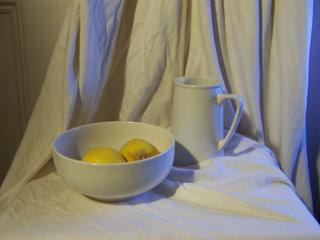 You know how it is, the muses bestow upon you those golden words, you try and guild the lily and add a few pictures, and preview post to see where the hell blogspot has decided to place them, and when you want to go back you leave behind those unsaved changes.

Never mind, even though I do mind.

Alan and his furry friend 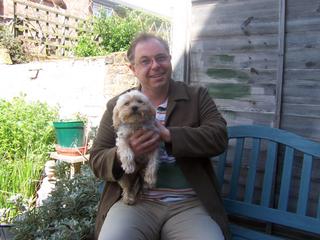 Alan has asked me to tell you all that he is a sex god. comments please.
Posted by kleverkloggs at 9:39 PM 3 comments:

They wouldn't let it happen 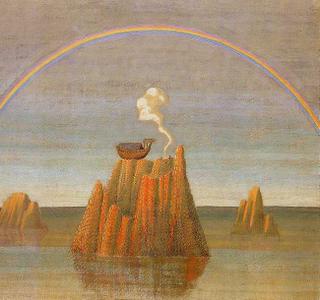 I live in a city that is 2000 years old, on land that was reclaimed in the 18-19th century from marshland. In the winter I walk UP to the riverside to see the level of the water the same height as my ground floor ceiling. I have raised it again and again with neighbours. "They wouldn't let it happen," sums up the responses.

The Houses of Parliament sits by the same river, which is their point [I think.]

Great cities and the civilizations that created them have come and gone. Prehistoric settlements have been discovered underwater.

I have every sympathy with the people of New Orleans, and am amazed to hear that budget cuts were made to measures to flood prevention. The veneer of civilisation is nothing as fixed as it maybe assumed.
Posted by kleverkloggs at 7:36 PM No comments: