Where are They Now? 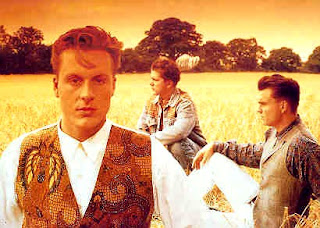 Posted by kleverkloggs at 12:28 PM No comments:

You did not win the item. Find similar items now! 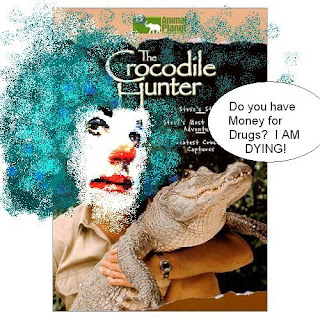 "You start off not wanting to lose someone and end up just not wanting to lose. But when strong people pick a fight with you, you'll lose. All you can do is leave. And you can't do that because that would be losing. So you stay, and you lose, because they're strong and you're not."

Antonia Quirke "Madame Depardieu and the Beautiful Strangers" Out 5 Feb.

http://www.foyles.co.uk/foyles/display.asp?K=9780007182756&sf_01=KEYWORD&st_01=antonia+quirke&m=2&dc=3
Well I for one have reasons to be grateful to Mr Tweed, why I actually got a few hits thanks to his recent "wardrobe malfunction."
The last really popular subject was my old flame, Madame Ex. It's been a while seen we've crossed paths and things seem to have settled down for him. Having the organs of someone half his age inserted into his guts, have pulled him back from the perpetual brink of mortality. Still managing to mainline the sympathy though. A hetrosexual relationship successfully undermined to produce one faithful hag to come up with the handbag. And a new "relationship" to provide the day to day personal care. Only glitch to resolve, getting the carer to have his dog put down. It's so exhausting trying to intimidate it when it's owner's out of the room.
Bitter? Moi? My God - I was in love with a Crocodile!

Posted by kleverkloggs at 3:15 AM No comments:

I WISH YOU LOVE

One sad thing about Friday nights episode was that we missed Jack Tweed's lone moment of glory, as he modelled a thong made from Jade's tights as part of the handicraft task. Think they're mad to dump Jades perfume, it's just going to become majorly collectable.

Meanwhile check out this review of new film, with the v. "interesment" Malik Zidi 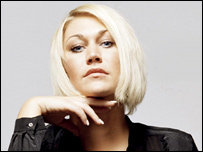 "Cleo and Ian discussed their mutual appreciation of Jo in a morning chat.

In the absence of old early morning tea-drinking partner Jackiey, Ian sat outside and chatted with Cleo about his life outside and inside the house. Upon the mention of Jo's name, Cleo enthused, "I love Jo."

The comedienne even went as far as to suggest a new line of work for the former S Club singer. "She said the other day she hated acting," she recalled, but said that she pulled off uncanny impressions of Shilpa. "Makes me laugh every single time," Cleo smiled."

Apparently this dear sweet girl has spent the last year sitting in front of fruit machines, as her company slides into bancruptcy.

She - who must be obeyed. 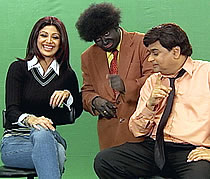 Don't know quite what I think of the whole Jade v Shilpa debacle. Shilpa seems so habituated to being a figurehead, Peta, Aids etc, that her relative incomprehension is protecting her from the full force of the "untouchables" dislike. It's been obvious since the second series of BB that a fast track outta there is to hog the kitchen.

Despite the 10,000 complaining phonecalls, the producers are in a cleft stick, the whole idea of the programme being to lull the contestants into a state where they forget the outside world. A quick trip to diary room to be informed that you are the centrefold for the BNP might just have Jade withdrawing into her shell. "Celebrity" seems to be a misnomer, with the fractured media we know have, either your career is from the 70-80's era, when mainstream still meant an audience in millions, Dirk, Cleo, Loe, and Jermaine, or you come from the populist paparazzi fed "Heat" stable and "talent" as a concept is reduced to a party trick.

There was something about Jade's predicament that had me musing, just what did it remind me off? Of course, "She!"

"It recounts the adventures of an expedition to an unexplored part of Elstree, where they find Jadesha, a beautiful and apparently immortal sorceress, She had become ageless and perfectly beautiful more than 2 millennia in [tabloid years] earlier by immersing herself in a magic flame of reality television.

Jadesha takes family to see the fire of publicity, that they can become immortal and remain with her forever. However, with this second immersion she reverts to her true self and immediately withers and dies."
Posted by kleverkloggs at 5:38 AM No comments: